A look back on 43 years: Dr. Roger Boulton's career and what's next 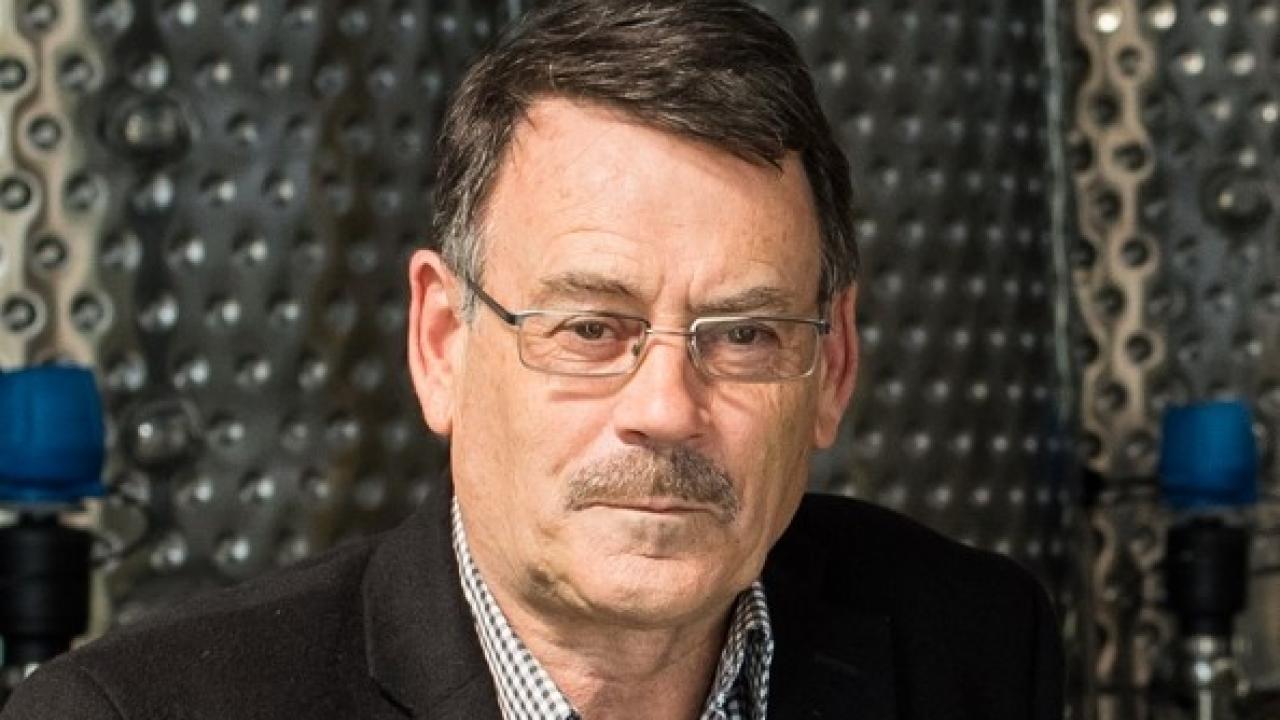 Distinguished Professor Roger Boulton retired on June 30th 2019, after 43 years with the department.  To find out how the momentous life change of retirement is going, we asked him about his years at UC Davis, and his years ahead.

When did you start at UC Davis, and how did you feel when you first started?

I started September 1st, 1976, two weeks before the start of Fall Quarter. I had been appointed in April but there was a delay in getting an H1 visa for the US at the time. I was eager to learn about everything related to grapes and wine. I was fortunate to have daily access to Harold Berg, Jim Guymon and Maynard Amerine who were recently retired, as well as the rest of the faculty at that time: Dinsmoor Webb, Ann Noble, Vernon Singleton, Ralph Kunkee and Cornelius Ough. I was disappointed to find the research and teaching facilities to be quite old and run down, as I had not seen them since I had not come to the campus for a seminar and interviews. I was privileged to be able to sit in on classes and started out taking the Distilled Beverage course the last time that Jim Guymon taught it, the Gas Chromatography course from Walt Jennings and the Food Proteins course from Robert Feeney and the following year I took Vernon Singleton's Phenolics course. I started teaching the Wine Stability course in Spring of 1977.

What are the major accomplishments you achieved while at UCD?

In terms of curriculum, I completely revised the Wine Stability (VEN 126) and Distilled Beverage (VEN 140) courses and their labs. I developed new courses in Winery Equipment (now VEN 135) and a graduate course in Winery Design (now VEN 235) and introduced the field trip components to them. I had the chance to teach the Winemaking course (VEN 124) for 4 years and established the original Teaching Winery in 1983 for its laboratory sessions.

I was involved in the development of the Viticulture and Enology Major and led the development of the Graduate Group in Viticulture and Enology and was its first Chair. At that time the undergraduate major was called Fermentation Science and the graduate program was under Food Science, neither of which captured the unique teaching and research activities that we were known for in the rest of the world.

In research, some firsts would include: the introduction of crossflow filtration and flotation of juices to the wine industry, the development of a mathematical model for wine fermentations, a non-linear fouling model for membrane filters, the ethanol emission model used by CARB and federal EPA, the separation of organic acids by HPLC, separation of wine protein by anion and cation exchange HPLC, quantitative tests for potassium bitartrate and colloidal stability, the monitoring of beer and wine fermentations using pressure transducers, the quantification of free SO2 using capillary electrophoresis, web-based fermentation monitoring, automated monitoring of the extraction of phenolics and color during red wine fermentations and the control of redox potential during fermentations.

Perhaps the most significant research discoveries might be solving the potassium-pH puzzle and identifying an ATPase enzyme as being responsible, the copigmentation of anthocyanins and how this provides the intensity and purpleness that could not be explained or quantified previously, understanding the role of metal ion complexes in the redox potential of juices and wine and recently, the kinetics of oxygen activation under wine conditions.

All of these were in partnership with amazing groups of graduate students and colleagues that I have been fortunate to interact with during my career.

What are you most proud of?

What will you do in retirement?

I now have more time to work with a few leading wine companies throughout the world on scientific and engineering topics.I look forward to sharing more of my life with [his wife] Lyndie, my family, our pets and our friends... and driving our Tesla.

What will you miss about being at UCD?

The unique environment of the Department, its students and staff, my colleagues, and the interaction with researchers, winemakers, and people from all over the world.

I have always felt that I was among the most fortunate people in the world to be appointed and to serve in this Department. It has been far beyond anything that I could have imagined when I began and where I came from. I have had opportunities that can only arise from an exceptional education and the support and encouragement of others, many of them family and friends but several of them were teachers.